Who wrote the Dead Sea Scrolls and why were they forgotten?

A lecture by Rachel Elior, professor of Jewish philosophy at the Hebrew University of Jerusalem

In this lecture Dr Elior outlines some basic historical information and facts about the discovery of the Dead Sea Scrolls, their content, the time span of their writing, their authorship and many more important facts.

Dr Elior breaks the Scrolls into five major categories:
1. The Biblical Library (several copies of all the books of the Old Testament (Tenach) with the exception of the book of Esther)
2. The para-biblical writings known as the Pseudepigrapha, or Apocrypha including books such as Enoch, Jubilees and many others. 11 copies of the book of Enoch were discovered, and 15 of Jubilees.
3. The Mystical Library - there are Sabbatical Psalms written just for the sabbath
4. The Polemic Library dealing with warfare, including the War Scroll
5. Sectarian Literature, that includes documents such as the Damascus Document.

The Riddle of the Jewish Calendar

In this lecture Dr. Elior examines the implications of her findings, explaining that until 175 BC the Temple in Jerusalem was governed by the Zadok priesthood who used the solar 364 day calendar. These were the righteous priests, the legitimate sons of Zadok. When in 175 BC Antiochus Epiphanes conquered Israel he wanted to unite the whole of his kingdom under one calendar, resulting in the replacement of the solar calendar with the Greek lunar calendar. The Macabbean priesthood and the Hasmonian priesthood who were not sons of Zadok and therefore not the legitimate priesthood, compromised with Antiochus and accepted his changes to the calendar, and became the priests who then officiated in the Temple.

Dr Elior claims that the Essenes, the supposed authors of the Dead Sea Scrolls did not in fact write them. She and many other eminent scholars contend that the scrolls were the product of the legitimate sons of Zadok, a priestly caste banished from the Temple of Jerusalem by Greek rulers in the 2nd century BC. The Zadok priesthood was rejected by Antiochus Epiphanes and they fled to Qumran, taking the Temple scrolls with them.  "The scrolls attest to a biblical priestly heritage," says Elior, who speculates that the scrolls were hidden in Qumran for safekeeping. 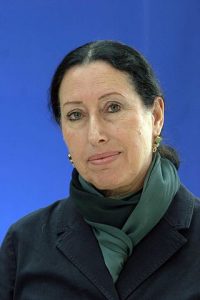 Dr Elior Elior is the head of the Department of Jewish Thought at the Hebrew University in Jerusalem,  where she has taught since 1978. She is the author of many books including 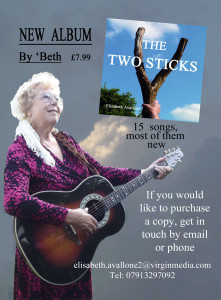 Inspired, written, sung and produced in the UK

'Oh Israel' :  a sample from this beautiful CD

The 'Two Sticks' album is a collection of fifteen inspired songs relating to the restoration of the Whole House of Israel and the importance of Torah today. The words and music are also suitable for Hebraic dancing, worship and teaching.

“The counsel of the LORD stands forever, the purposes of His heart to all generations. Blessed is the nation whose God is the LORD...” Psalm 33:11-12